Many people will be familiar with the story of Johnny Appleseed.

The American pioneer who loved apples and is credited with spreading apple trees across America in the 1800s.

It is said that he was a good farmer and enjoyed growing apple trees. Out of this passion, he travelled from place to place and planted apple trees wherever he went – he also sold some apple trees and gave others away. A part of the legend is that he often walked barefoot and wore a tin cooking pot for a hat.

It would seem that Johnny Appleseed kept his marketing simple, which has enabled his story to continue for many years after his passing. While Johnny Appleseed may not have written a book to share with others, he spread his story via the sharing of the apple tree so that others could benefit from a single seed apple. That single seed has gone on the produce thousands of apples over the following years.

While initially, his story would not have seemed like much to tell, on reflection, it is now legendary.

His story continually remained simple and stayed the same no matter where he went.

Could you be the next Little Johnny Appleseed by sharing your knowledge with others, gradually planting seeds of thoughts wherever you go and to spread your knowledge across the landscape (that is pertinent to you), and perhaps, at times, it will also assist others outside your landscape (industry)?

Who knows how far a single simple thought can spread?

Sound familiar, do you have an idea worth spreading?

I would love to read about your idea worth spreading, send me an email dyan@dyanburgess.com

In the interim you may enjoy this idea that I like spreading in my complimentary book Bake a Business Book: How to cook up books in between feeding the kids to grow your business.

Dyan is passionate about helping entrepreneurs select, organise and take care of their diverse, accomplished and valuable experiences into a compelling, multi-platform, independently published book. In her work as Creative Director for ‘Words From Daddy’s Mouth’, she knows first-hand what it is like to pull the best bits of many and varied experiences into unique and passionate stories. As a country girl beginning life in rural Victoria and NSW, you can probably imagine the gorgeous surrounds, quirky people and outdoor adventures that dotted the landscape of her early years. A fascination with people and their vast potential followed her through a science degree in Brisbane, Australia, extending into two decades of banking and finance, travel adventures, family creation and business development. Beginning in the independent publishing industry can be daunting. Coming to understand the multiple facets of the publishing industry has been incredibly fascinating to Dyan. However, as a writer (and entrepreneur), these aspects can seem redundant (and boring) – and this can stop writers from achieving publication of a book. Dyan has always enjoyed collaborating to realise writer’s (and entrepreneur's) dreams. So whether you are interested in the technical aspects of publishing, or you simply want to write a book on your expertise, she can point you in the correct direction. Simply put – Getting it Done. 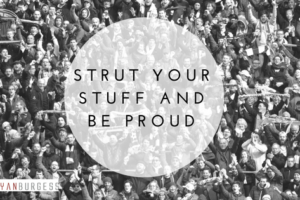 Strut your stuff and be proud 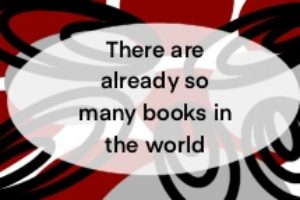 …But there are already so many books in the world 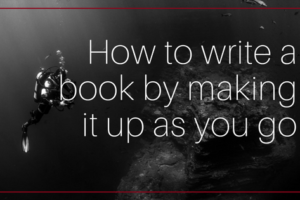 While some non-fiction authors may consider it offensive to ‘make[...]

I'm currently offline. Send me an email and I'll get back to you.

Christy Martin, is the amazing illustrator who completed the...

Jacque Duffy is an artist and writer. Both her art and her...

Ocean Reeve Inhouse Publishing Ocean has been a great...

ABOUT VIRTUALPLICITY As an experienced Project Manager at...

Whether you are a business owner requiring a...

The ABT of Storytelling

The other week I listened to a podcast called – The...

Emma Mactaggart is based in Toowoomba (in South East...

Summary: Mariko Francis, who you may have met on our Words...